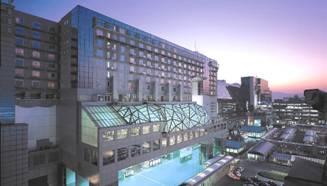 Hotel Granvia Kyoto
The Rotary Club of Kyoto-Fushimi was organized on March 22, 1973 (Charter was granted on April 18, 1973). The club started with twenty-one charter members, but we have more or less one hundred members usually now. Some of the members have been serving for the Rotary every year, as an Area Coordinator of RI Resource Group, as an Assistant Governor, or District Committee Members.
Also, we have very unique specialists in our club, famous calligrapher, master of flower arrangement school, sculptor, potter, Japanese doll manufacturer and so on.(Their works were shown on the weekly bulletin) They will be a good help for you if you have an interest on the aspect of Japanese culture. You will be able to get some ideas by interviewing them, because Kyoto was the center of Japanese culture for centuries.

Rotary Club of Kyoto-Fushimi has its regular meeting every Friday afternoon (12:30～13:30) at Hotel Granvia Kyoto in the JR Kyoto Station Building. It is very convenient to reach, because not only the Japan Railway line, but also the Kintetsu line, Subway line, and several bus terminals are connected to the JR Kyoto station.
Our meeting is conducted in Japanese of course, however, some of the members can speak English fluently and one of them will take good care of you, I am sure.
The make-up fee in Japanese Rotary Club is a little expensive comparing with other countries it is true, because the food served in the meeting is included with the make-up fee. It costs about \3,000～5,000, most of the regular meetings which are held in a hotel.
If you need more information about our regular meeting or make-up, just call our club office (075) 352-1200, which is in the 9th floor of Hotel Granvia Kyoto.
Ms. Monobe who is working in our club office (Mon.～Fri. 09:00～17:00) speaks English (un peu de Francais aussi) and she will reply to your question.

Hideyoshi Toyotomi
Fushimi is situated in southern part of Kyoto city. As you know, Kyoto was The Capital of Japan for about one thousand years (794～1867).
Fushimi was the gate way of the capital for the foreign countries during that time, because Fushimi is a riverside town along Yodo river which flows to Osaka bay.
Most of the imported goods or cultures from foreign countries brought into The capital passed through Setonaikai (inland sea) and Yodo river by boats. Late sixteenth century, Toyotomi Hideyoshi who united Japan after the time of The Cvil war, set up a huge systematic castle town in Fushimi as his foothold. Since then, Fushimi has become one of the well-known municipalities in Japan.
Fushimi is also well known as a place to produce nice Sake (rice wine). There are so many Sake breweries in the town. There are two famous places that produce Sake in Japan, one is Fushimi and another one is Nada in Kobe. If you are interested to visit a Sake brewery, it is easy to make it, because we have some members who are involved in this business. 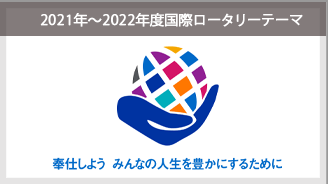